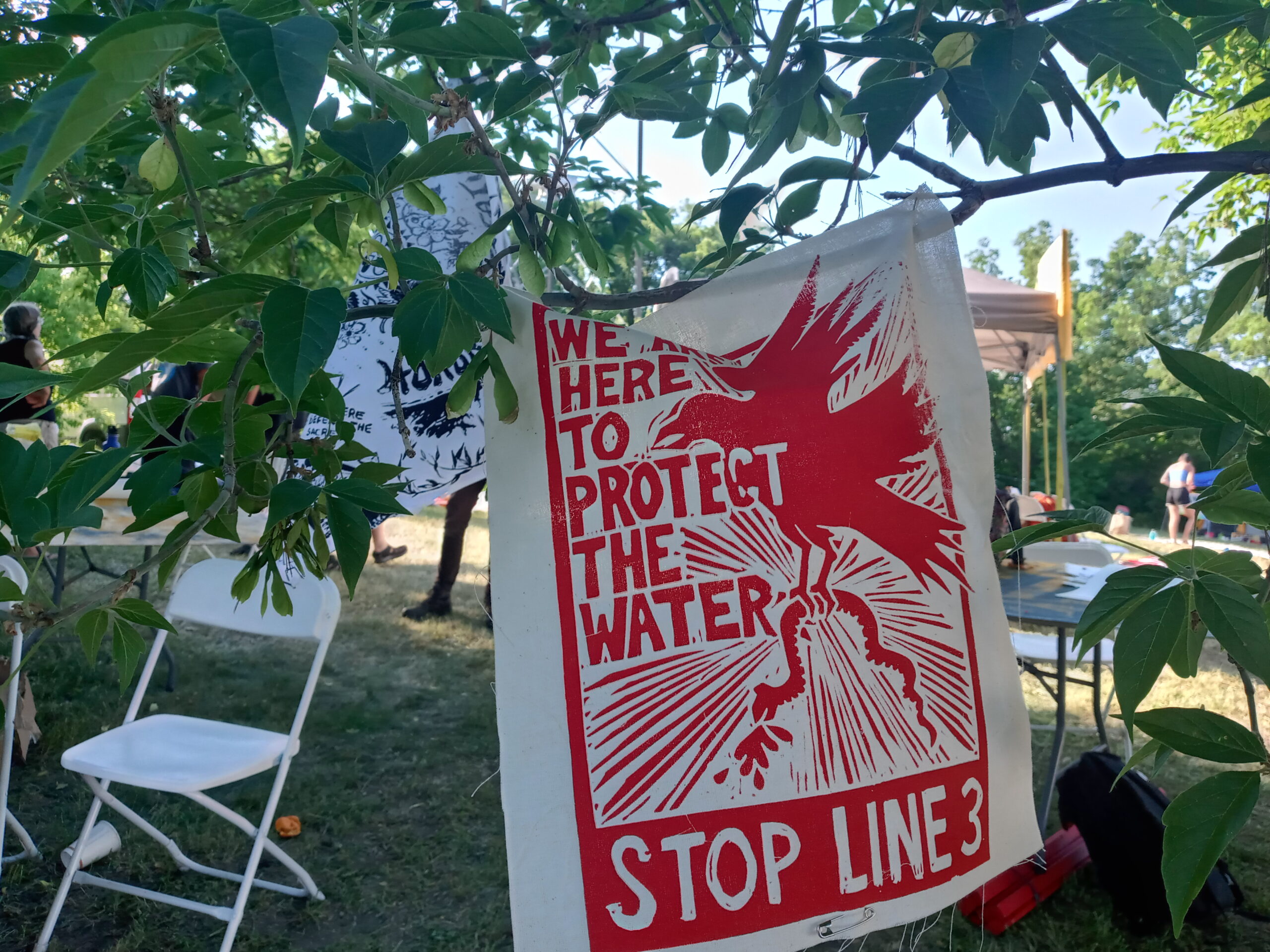 Line 3 is an Enbridge pipeline carrying Alberta Tar Sands oil through Minnesota to a Lake Superior port. Enbridge got permission to reroute the pipeline and upgrade it in northern Minnesota near the headwaters of the Mississippi River. It crosses many waterways, and the heavy bitumen oil is prone to polluting waterways when it spills because it sinks. It is difficult to remove; it cannot be skimmed off.

Local tribes, including the Ojibwe and Anishinaabe, mobilized protesters and a number from Washington State joined and were jailed, including Julia Buck, a member of our coalition. Many environmental and faith organizations joined these protests, either as protesters or support groups. For more information, read a New York Times interview with Winona LaDuke, one of the Ojibwe tribal leaders and protesters.

You can sign a petition against Line 3; that is organized by 350 Local Action Network and includes a number of other groups such as Greenpeace and Green Faith. Also, use text from this letter to President Biden for a message to the White House.